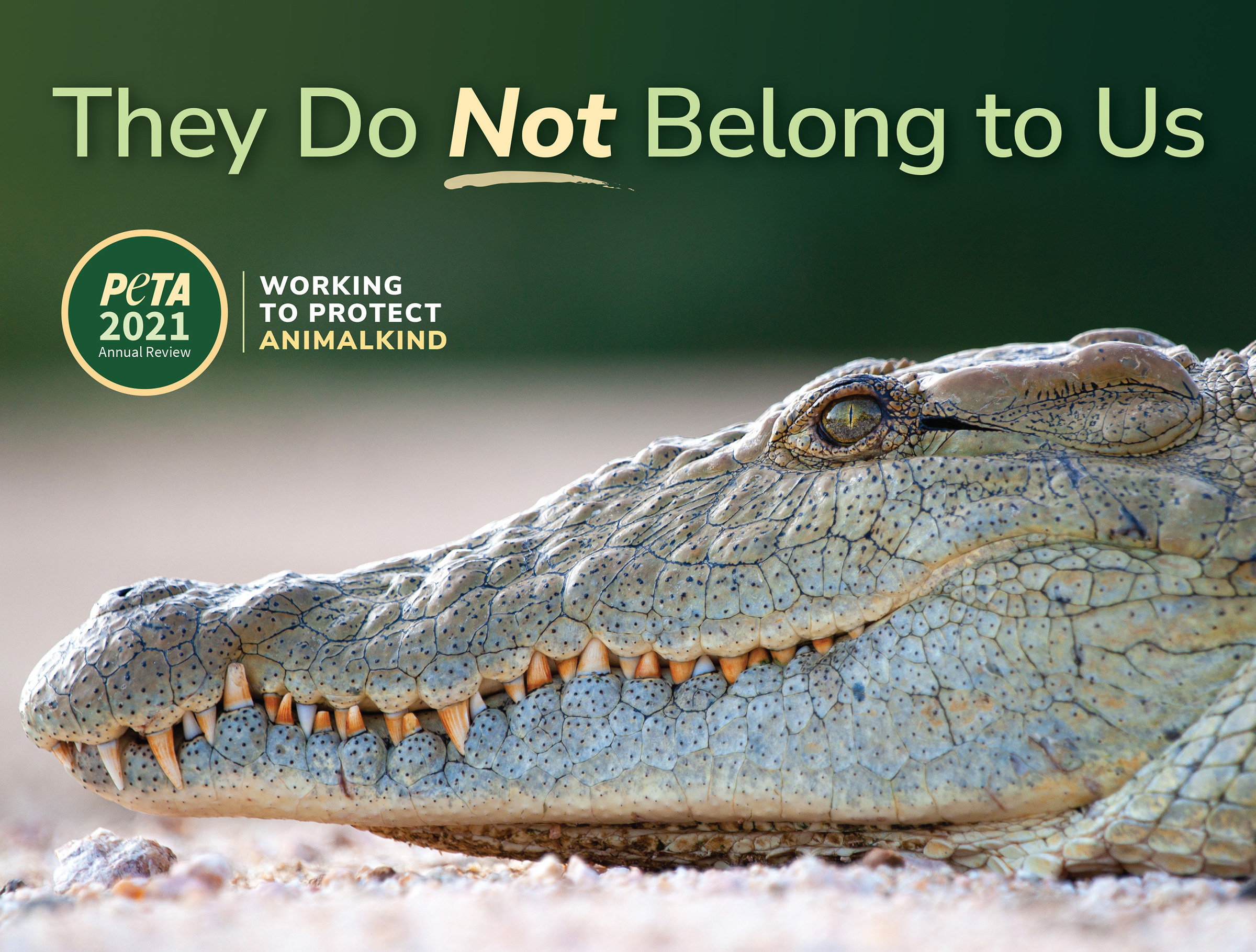 PETA does not let a single day go by without making progress for animals. In 2021, despite the challenges posed by pandemic restrictions, we pressed forward with all of our campaigns— because animals needed us to do nothing less.

For animals imprisoned in laboratories, pressure from PETA resulted in an end to the Chinese government’s requirement that most imported cosmetics be tested on animals and our vigorous campaign to oust National Institutes of Health Director Francis Collins bore fruit when he resigned.

For animals tormented and killed for food, a Massachusetts slaughterhouse closed after we exposed 11 violations of federal law there, including beating a pig over the head and repeatedly electroshocking and shooting animals in the head up to five times in botched slaughter attempts.

For animals abused for their skins, we scored victories after years of vigorous campaigning when Oscar de la Renta and Canada Goose announced that they would finally go fur-free.

For animals exploited for entertainment, PETA took on oil giant ExxonMobil, persuading it to end its decades-long sponsorship of the horrifically cruel Iditarod dog-sled race.

For all the animals suffering because of humans’ disregard for their basic rights, PETA encouraged prosecutors to add cruelty to animals to the charges against an Oregon man accused of causing a devastating wildfire. Officials listened and, in a historic move, charged him with animal abuse. We can’t bring back the animals who were killed in the fire, but at least their suffering has been recognized by the judicial system for the very first time in a case like this.

As you will read in these pages, we achieved many victories for animals—from chinchillas to elephants—this year. These vital steps forward would not have been possible without the actions and commitment of our PETA members, staff, and volunteers—our PETA family.

To all of our supporters, thank you for standing with us during every cruelty investigation, animal rescue, demonstration, advocacy campaign, and legal effort. I want to offer a special thank-you to our Vanguard Society, Augustus Club, and Investigations & Rescue Fund members for your exceptional dedication to our work.